This review was originally published on The Doughnut.

So here’s an interesting idea. Get two musicians together – let’s say for the birthday party of one of them – and after presumably many hours of drinking and merry-making (these are musicians after all) wait until the early hours of the morning and get them jamming together. Then, at 4am, record the results. Mix it all up not just once but twice and… release.

That’s a bit crazy right? Either gonna be the embarassing “what were we thinking?” moment when you hear it stone-cold sober or it will be inspired like good rock music is supposed to be.

Well I’m not sure it all happened exactly like that but what is certain is that ‘Playing Mars’ (aka Jeff Shapiro and Angelique Lihou) produced an inspired piece called ‘Burning Desire’ after their late night jam in Clapton. Sounding something like Goldfrapp merged with the more psychedelic and chilled Pink Floyd, it’s an astonishing sound which has been mixed seperately to create two entirely different moods. I’m not so much as fan of club music so I’m sharing the heavier rock-influenced Dan Goudie mix here rather than the Matt Schwarz club mix.

You can easily find the alternative version if you wish and tell me I’m wrong but I completely dig the Goudie version and, for my money, it’s the better of the two.

What intrigues me is what will this duo do next? There is little information on the internet about what they whether an EP is on the cards or another single despite laying out a ‘manifesto’ that their music is “all about life, politics, music, religion, love, lust and passion and everything that we breathe and live”. That’s quite a task and it will take more than just one song mixed twice to live up to such an ‘election promise’.

I hope they do. But preferably not simply one single every time Angelique has a birthday. Jam on other birthdays too guys – I’ll happily donate mine. 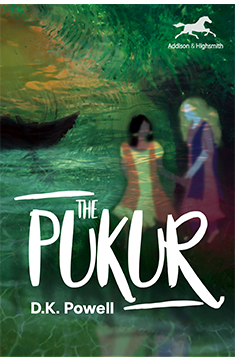